The Bold Jumping Spider (Phidippus Audax) is one of the more agile species of arachnida, as it can jump roughly four times its own body length in quick succession, scaling walls and traveling great distances with relative ease. This makes them quite the versatile hunters and resilient survivalists.

Jumping spiders, as their name suggests, will habitually jump towards or away from anything that moves. They generally aren’t afraid to pounce at hands and feet so, while not aggressive, it’s best to be careful around one as not to agitate and/or scare it.

The main cause for their seemingly aggressive behavior is that they’ll occasionally hunt down creatures of greater size: wasps, bees, caterpillars/larvae, beetles, roaches, crickets, locusts and much more, making them effective at exterminating pests. While the fact that they don’t appear to be afraid to pounce at larger creatures may appear scary to some, they generally won’t become aggressive unless something poses an immediate threat (attempting to eat it, applying pressure to it whether intentional or not), and they aren’t poisonous to humans. The most it can do to someone (who isn’t allergic) is give a slight stinging sensation and/or itchiness to the location of the bite.

Despite being an invertebrate, these spiders will tilt and turn their head or bend their back to get a good look at you. They are inspecting you to see if you’re suitable prey. While I find this to be rather cute and funny that a little spider’s inspecting you, those who are afraid of spiders may not be so keen as to have a tiny, eight-legged hunter who shows little to no fear of people staring up at you with their little beady eyes, trying to decide whether you’re a predator or prey. 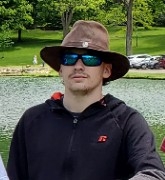 How to pet proof your home when decking the halls

How to acclimate an adopted cat to its new home